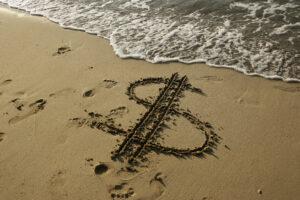 I spent a part of my winter break watching numerous episodes of the Dave Ramsey Show. For those who are not familiar with his show, Ramsey gives financial advice to callers from all walks of life. Unfortunately, he gives some people the advice they need, not the advice they want, particularly those who are living beyond their means and are deep in debt.

A few months ago, Dave got a call from Steve, a lawyer in California. Steve is a few years out of law school and just started a job at a law firm making $200,000 per year but hates it. He wants to leave in order to pursue his passion of being a state prosecutor although it will mean making a lot less money. He asked Dave how long he should stay at his current firm in order to maximize his chances at financial success and capitalize on his law degree.

Dave didn’t answer his question. Instead, he told Steve to think about other options, not just the prosecutor’s office. Can he find other jobs that would provide both a law firm salary and a good quality of life? He suggested looking at criminal defense firms or even judgeships which might also satisfy his passion for justice.

While Dave’s advice isn’t really wrong, it’s incomplete. It’s also the type of generic advice someone like him would give to any of his callers. I think it’s safe to assume that Steve has thought long and hard about his career choices while he was in law school and after graduation. It’s likely he had no interest in meeting billable hour requirements or bringing in new business. So I think he was expecting Dave to give more customized advice.

The answer to Steve’s question is very simple. If he wants to maximize his chances at financial success, he should stay at the high-paying firm and take the money for as long as he can stand before transitioning to the prosecutor’s office. However, this is not as easy as it sounds, and there are other things to consider which might convince him to leave sooner than later.

First is the timing. State prosecutor jobs do not magically appear every day. If Steve is picky about the location he wants to work, it might take some time before a job opening appears. So if the dream job in the dream location appears, he should apply as soon as possible because it might be a while before a position opens again.

Second, he should think about the pension plan the prosecutor’s office is offering. Does the employer offer a contribution match? How long must he stay with the office in order for the pension to vest? When will he be entitled to withdraw from it? It might be wise to move sooner if there is a longer waiting period before the pension vests.

Third, he should look at the chain of command, and how promotions and raises are given. Steve said that the salary at the prosecutor’s office tops out at $120,000 per year. But how long will it take before he is eligible for that salary? And is it given to all prosecutors or only to the few members of the senior management?

Finally, Steve has to think about his debts. He told Dave that he has $88,000 in debt. Considering that and the massive pay cut he will be taking once he leaves the high-paying law firm job, at a minimum he should stay long enough to pay off the debt as soon as possible and save a comfortable nest egg.

The decision to switch careers is a difficult one, particularly if you have a lot of debt and if the job you want pays a lot less than your current one. But instead of turning to a national radio talk show host, Steve should have went to a legal career counselor, a recruiter or to other people in the legal industry who can provide more detailed and more relevant advice. If he wants to achieve financial success, he will need to think about the short-term monetary gain and the long-term stability of his career choice.