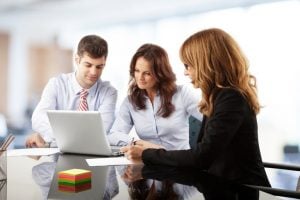 In-House Lawyers Are Rarely The Show

Only rarely are the in-house lawyers a company’s main feature. Often, they play a supporting role, just a small part of the much bigger show.  As a result, they are by nature nimbler, attuned to demands of others, and collaborative. The in-house lawyers must follow the show. They must enable and support it. And most importantly, they must not impede it.

The legacy of a billable hour does not impede progress. Unlike at law firms, there is no pressure on law departments to figure out how they will make money if a technology or process stalls significantly. Based on my informal, highly unscientific survey, numerous innovators had to rethink their offering and business models to a law firm because it questioned the imperial infallibility of the billable hours and the institutions they support.

Very Close Ties To The Business

The in-house departments are very close to the business. They are on many calls and in numerous meetings. The members of the in-house departments often socialize with the rest of the company in the regular flow of formal and informal events. And finally, they are united to meet the company’s goals and targets. Together they celebrate successes, reflect on misses, and live the consequences of what happens. That is why in-house departments are more likely to keep with the business trends such as increased collaboration, enterprise-wide automation, diminishing hierarchal structure, widespread digitization, increased transparency, and numerous others.

Inflow Of Other Professionals

I recently asked many in-house legal operators how they joined the field and emerged as leaders in the space. Many of the legal operators I spoke to had numerous and diverse paths that may not have included adventures in law in the past. Many had competencies in finance, business, or technology. Some came from the military and other less traditional backgrounds. As a result of the inflow of other professionals into law, legal departments tend to normalize quicker and more likely to cross-pollinate with the ideas across the enterprise.

Finally, to be part of a business is to constantly benchmark against competitors and react to external events, such as the state of the economy, influence of elections, emergence of national disasters, social media trends, and, most recently, the spread of a virus. These close ties to the world put constant pressure on in-house departments to provide legal services cheaper, faster, and more effectively. Thus, they also tend to be more open-minded and okay with experimenting and change.

Just by their nature, in-house legal professionals are predisposed to innovate within their companies. It’s no surprise, then, that they are leading the charge in the legal industry. From diverse backgrounds, legal operators play key supporting roles while working closely with their business and in conversation with external realities. As the field continues to innovate, look to the work of legal operators to predict what might come next. 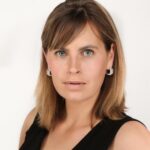 Olga V. Mack is the CEO of Parley Pro, a next-generation contract management company that has pioneered online negotiation technology. Olga embraces legal innovation and had dedicated her career to improving and shaping the future of law. She is convinced that the legal profession will emerge even stronger, more resilient, and more inclusive than before by embracing technology.  Olga is also an award-winning general counsel, operations professional, startup advisor, public speaker, adjunct professor, and entrepreneur. She founded the Women Serve on Boards movement that advocates for women to participate on corporate boards of Fortune 500 companies. She authored Get on Board: Earning Your Ticket to a Corporate Board Seat and Fundamentals of Smart Contract Security. You can follow Olga on Twitter @olgavmack.