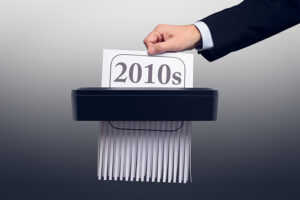 “Come senators, congressmen, please heed the call / Don’t stand in the doorway, don’t block up the hall / For he that gets hurt will be he who has stalled / The battle outside ragin’ will soon shake your windows and rattle your walls /
For the times they are a-changin’.” — Bob Dylan

The new year often makes one think about the last year, the present, and what the future holds. And for many of us, we default to making lists: resolution lists, to-do lists, donation lists, future spring-cleaning lists, and bucket lists. For this week’s article, I thought I’d compile a list of the things that are currently occupying my mind as we welcome 2020.

Renwei Chung is the Diversity Columnist at Above the Law. You can contact Renwei by email at projectrenwei@gmail.com, follow him on Twitter (@renweichung), or connect with him on LinkedIn.